I’ve come to realise today just how woeful my online activity has been over the last 12-18 months or so, and my online albums are missing a lot of information and projects haven’t been added at all … my blog used to be the ‘source of truth’ for all my projects and chart information etc, but not any more. After spending an entire day today doing a bit of a tidy-up (nowhere near finished yet though), and trawling through a few years of photos on my iPhone (!), it’s prompted me to add the details of my last finishes from the end of 2018, and the first finishes of the new year. So, without further ado, here are the details …

“City Sidewalks” by Glendon Place
from the 2018 Just Cross Stitch Christmas ornament issue
Stitched on 32ct Blue Sky hand-dyed Lugana by Hand Dyed Fabrics with Stephanie
Stitched with a mix of Weeks Dye Works and DMC, using my choice of beads because I didn’t have all the ones as charted
Stitch count: 78H x 68W
Started 29 December 2018 – Finished 2 January 2019

Oops, for some reason I forgot to post the following Christmas ornament finishes from the start of the year … bad, bad blogger!!

I didn’t realise it’d been so long since I’d posted!  Obviously just been really busy living life and the day-to-day humdrum that that brings.

I’ve managed to get a couple more very small finishes under my belt, the first one after I finally received a stash order from back in November last year.  As soon as I received my thread order it meant I could finish the following beautiful piece of canvaswork:

“Blue Birds” freebie by Laura J Perin (on the Rainbow Gallery website)
Stitched on 18ct mono canvas with recommended threads
(I even managed to track down the discontinued Tiara thread!)

This was the rest of my stash order – the first I’ve had in a very long time!  It means a couple more projects are now able to be fully kitted up, which is great considering one of them was in my  Crazy 7 group of projects, and already started! 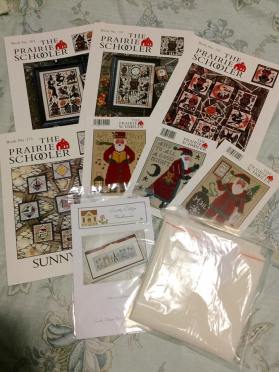 Since the Crazy 7 challenge kicked off, I’ve actually been doing really well at keeping my stitching going regularly each week.  While I may not have too much to show for it, my excuse is that I’ve started my very first HAED – Daisy Blue by Jo Lynch.  Considering I’d always called my dear friend Nicki a crazy woman for her love of over-one stitching, and hating over-one stitching myself with a passion, it seems I’ve caught the craze myself!  I’m stitching my HAED one-over-one on 28ct Lugana and I just can’t seem to put it down!  I think in a couple of months I should see this one finished … and I’ve already got a couple more in line to be started immediately afterwards 🙂  The crazy thing is that I have Noah’s Ark by Teresa Wentzler as a seriously mistreated UFO because I couldn’t handle the one-over-one stitching … perhaps it may be time to give it some love and get it finished now! 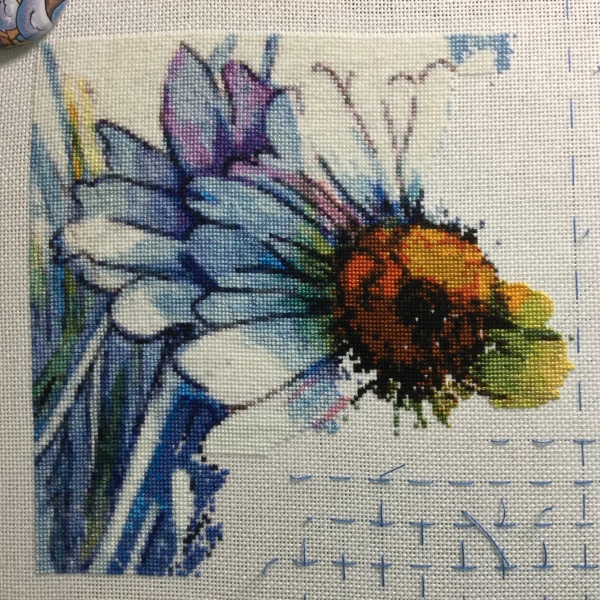 This weekend, though, I really had to force myself not to pick my HAED back up again, and instead caught up on a monthly SAL I’m going of JCS Christmas ornaments from the 2015 issue.  So far I’ve managed the first three months, with Feb and Mar ornies hot off the Qsnaps this weekend (I managed the blackbird one in its entirety today!).  Here are the three ornies to date so far (they’re being stitched in order of popularity in a group vote, with January being the most popular). 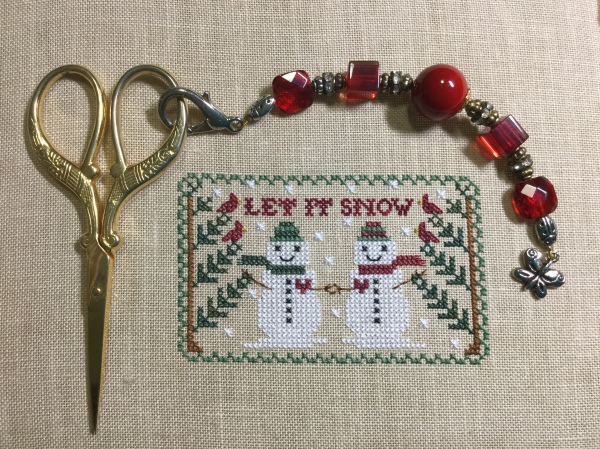 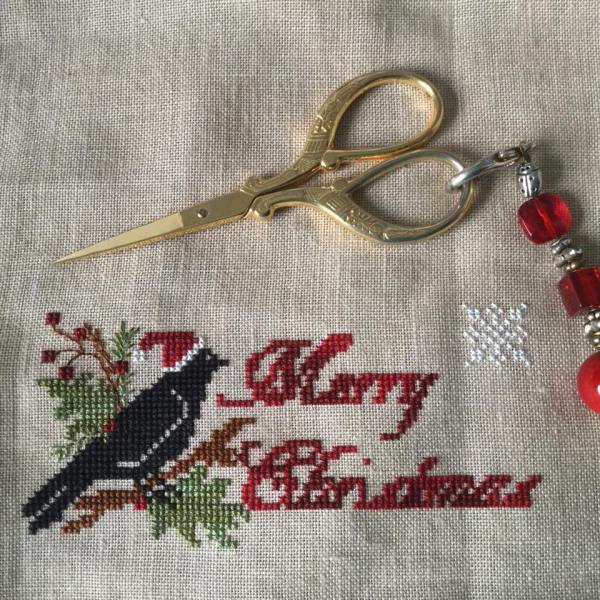 As well as stitching regularly again, I’ve also joined a group of fellow stitchers to do a weekly cooking challenge.  I think my health struggles over last couple of years had really shaken my confidence in many areas of my life, and cooking was one of them.  It’s been really nice getting back into the kitchen on a regular basis and cooking up some healthy (and not-so-healthy) meals.  Even though I may not always like the ingredients chosen each week, I still make sure I give it a try and I’ve been pleasantly surprised with the results so far.

Looks like life is finally getting back on a bit more even keel … hopefully it’ll continue the same way for quite some time to come! 🙂

As mentioned in my previous post, thanks to season 1 of Fringe and a very lazy day yesterday where I didn’t even get dressed, I managed to finish both of my WIPs from Christmas: 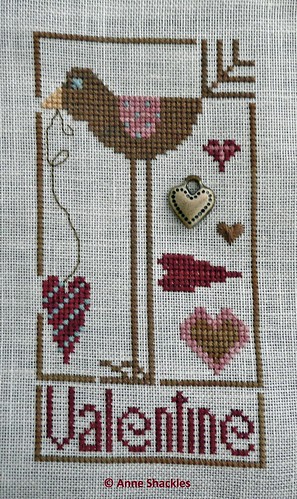 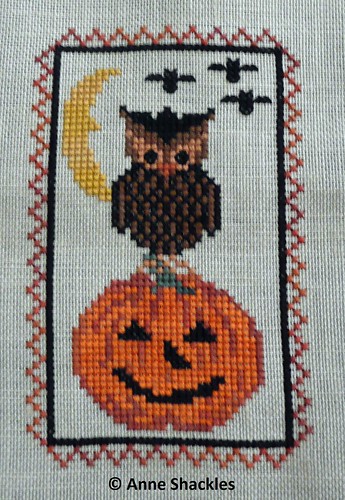 I also had time to start one more that I’m about 2/3 through (Autumn freebie by The Stitcherhood) – another few episodes of Fringe and I’ll see this one finished as well:

Then it’ll be time to pick up Bittersweet Seasons once again – although I now realise that I don’t have the Mill Hill beads for this one (I really am useless!!!!!), which means I guess it won’t be a 2010 finish like I’d hoped.

I’ve also been updating my stitching list for the Crazy January Challenge 2011 – I’ve decided I might stitch Jardin Prive’s Christmas chart for Brenda and Nigel one Christmas, so I opted not to start it on Christmas Day (which was my original stitching plan), and have added it to my January stitching list as well.  I’ve also added Katie’s Christmas gift (Prairie Moon’s Christmas) and a teddy bear group that I want to stitch for Brenda’s birthday this year … not entirely sure I’ll get all these done this year, but it’ll be fun trying!  I think the hardest thing for me will be to not start any other medium/large designs until I’ve finished these ones – there are still a good dozen or so that are screaming to be started on top of this 15 (not to mention the minimum of 12 ornies I want to stitch next year!!) 😉

And on that note, I’d better get my A into G and get my first load of laundry into the washing machine (as it’s washing day for me today), and pick up a few groceries, as it’s back to work for me tomorrow (no rest for the wicked) … then I think I’ll just have to finish off season 1 of Fringe and finish off that Autumn freebie 🙂