Time to start dusting off the blog once again, and at least attempting to post once a month if nothing else.  I’m hoping that signing up for the Measi’s WIPocalypse again will help with that goal.  Seeing as I’m doing a Stitching From Stash challenge on Facebook, an almost non-existent stitching budget this year, and a never-ending pile of WIPs/UFOs, I think it’ll be great to have another year focusing on getting some of these older projects into the finishing pile, or if not finished at least getting a few more stitches into them by the end of the year.

To start with, we’ve been asked to do the following this month: Introduce yourself, your projects, and any goals you have for the year!

So, for those who don’t know me, I’m a single 50-year-old stitcher living in Sydney, Australia. I work for an airline where I look after a lot of the online content for our side of the business plus something else that takes up the rest of my working day and often leads to long working hours.  It’s also unfortunately meant less play time for my stitching over the last 2 1/2 years, but I’m hoping 2017 will see that changing if I get my way 😉

I have very eclectic taste in XS designs/designers, and have enough stash to keep me going until I’m 500.  I tend to use Facebook more than anything these days, although I’m also loving Instagram for posting of stitching photos.  Aside from stitching, I’ve also been doing a 365 Photo-a-Day Challenge, which has been a lot of fun.

As for the projects, brace yourself with the unveiling of my WIP/UFO pile … I know I’m missing a handful of projects, but I’ll add details of those when I get home again and manage to take a photo.  I won’t be attempting to tackle all of these, but I’ve noted under each photo which ones I’d like to focus on this year.  As for goals, I’d just like to get 5-6 existing WIPs finished this year, with some decent progress on at least one of the bigger projects … and I want to enjoy my stitching and not stress.  I’d also like to finish a few tutorials this year. 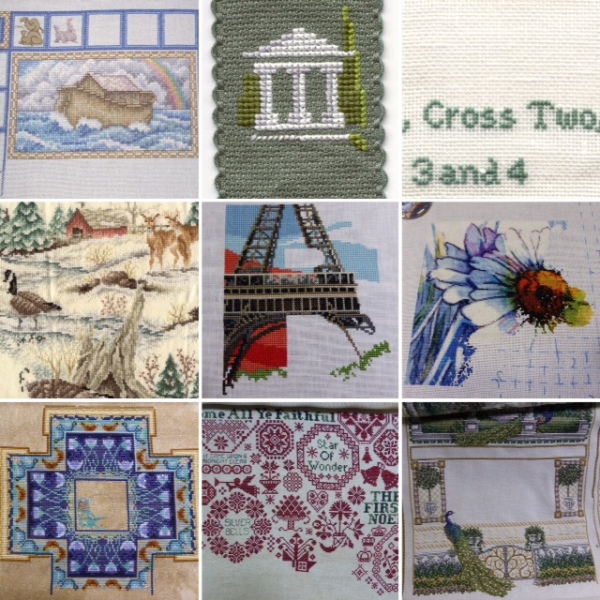 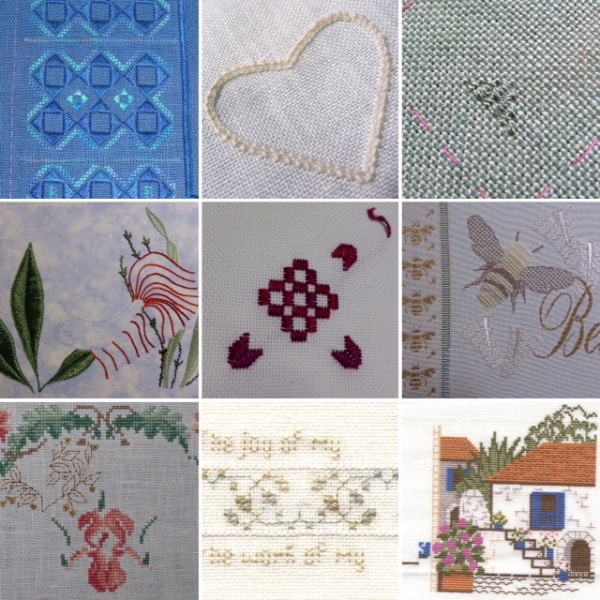 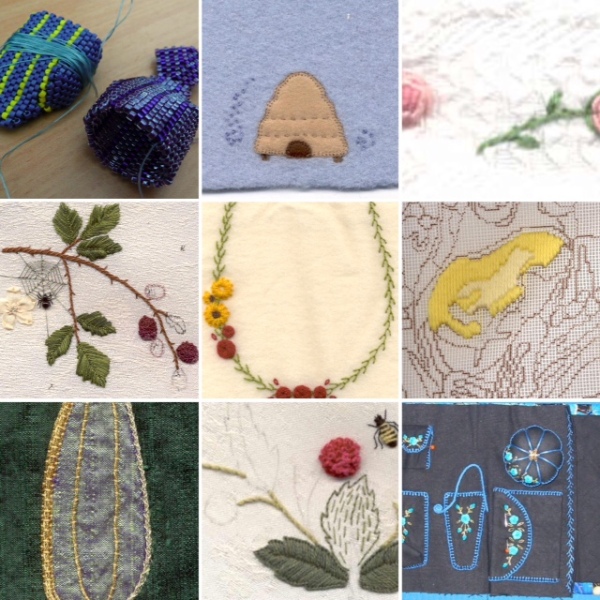 As well as the above, I have plans for a few more new starts, which are all kitted up and ready to go!  So far I’m keen to start work on Red by Mirabilia (but doing a blue conversion), Three Kings by Jim Shore/Mill Hill, and a couple of wee Mill Hill kits … but time will tell what I do actually start.  I’m stitching from my stash this year, so whatever I stitch will have to be kitted up already and ready to go 🙂